By Katharina JanusDecember 22, 2017No Comments

It’s Christmas again – time to reflect and think ahead. We tend to look at the bigger picture, beyond our day-to-day work which has been inspired by wonderful people and projects. But it is the larger context in which we live and operate that concerns us. Looking back at my previous Christmas letters I wished for “living in interesting times” – this certainly became true though maybe a bit too “interesting.” And as daily news come in, the weirdness has almost become the ordinary for many of us.

“Look up!” – this campaign was launched about two years ago to remind smartphone users that they might miss the best of life if they looked down on their phones all the time. But it also means to take the initiative, to talk to people, to stand up and take on accountability instead of checking in brains and relying on “alternative facts”. My grandmother always said: knowledge is an obligation to be performed at the place of business of the debtor – so we have to go and get it ourselves. If people expect spoon-feeding of knowledge they will eat what the feeder decides and preselects. True knowledge should be consumed as unfiltered as possible.

Once you have acquired knowledge, you can use it in many ways. Knowledge is the lever of freedom which is my primary concern this year as I look around. For decades – if not for centuries – societies have “worked” and fought for freedom, sometimes in very radical ways: freedom of speech, reporting, research, art, teaching, expression, orientation, choice and, last but not least, thinking are accomplishments that lifted the world from medieval times to the modern age. Take the March to Versailles (by women!) in 1789 that was a major kick-off of the French revolution, think of Martin Luther King, consider German reunification – all driven by courageous people in search of freedom for a larger group or even a whole country. Also, the creation of a unified Europe is motivated by the creation of freedom and has enabled businesses and people to connect and be successful. Today, freedom is thus ingrained in many countries’ fundamental believes: “Liberté, Egalité, Fraternité” in France; “Einigkeit und Recht und Freiheit” in Germany.

However, this freedom we and our ancestors worked for is being curtailed. On the larger political scale think of journalists who are held captive for reporting. On the smaller scale consider Brexit and its impact on students and science. I remember the times when Europe was not yet unified and studying in another European country was even more of an adventure because there was no guarantee that any authority in your home country would give you credit for your exams abroad. This has all become easy today and has contributed to a wonderful and precious exchange of cultures and knowledge. It is crazy enough that the majority of votes for Brexit came from the old generation that impacts the future of the next generation, and thus innovation in science and society.

But we cannot just blame those people who are slowly cutting back our freedom if we are too busy looking down on our phones or prefer to stay in our own little worlds. These liberticidal tendencies can only be stopped if we actually show the courage to take on responsibility and respect for others. On the small scale this means to cut back “me-me-me-behavior” that is driven by selfie-fetishes and rather look around what can be done – if it is only to be a nice human being and give the hard-working lady at the train station a smile. It also means – to speak with Emmanuel Kant – that one person’s freedom ends where somebody else’s starts. Bold and impolite role-models seem to set the standard for general behavior nowadays – no, it is not appropriate to broadcast business or private conversations in a packed train or bus or via twitter. Rediscovery of being humble might also be an idea that is in line with Christmas. Interestingly, I hear many people who complain how impolite personal and business interaction has become, but I rarely see somebody actually saying something or taking action. The little things count and we can all make a difference every day.

On a larger scale, we can influence our context as teachers, friends and mentors. It strikes me that the entire upset-ness about political developments has never resulted in asking schools and universities to change their curriculum in order to make the next generation aware of history & happenings and encourage them to raise their voice and make the extra step for impact. Instead, professors are increasingly reminded to see students as clients and respond to all wants & wishes, raising a generation that consumes what’s served and not getting out of a comfort zone to question what’s on the table.

Lastly, the “me-too/balance-ton-porc” debate – a topic that many women in business can relate to and were happy that it came to the surface – was an issue in 2017. Instead of putting people on the spot, we should think about our own responsibility of creating a context in which people like to work & life in. It is again about freedom of interaction and respect of another person that will only be re-established if we all contribute. IBarra (2013) wrote nicely when the discussion was (and still is) around fulfilling quotas and supporting female leaders: in fact, it is about the context in which those women operate. We should rather train the context to allow for female leadership to grow and unfold instead of just training women who then come back to an unprepared organizational context. Again, this requires courage and taking on responsibility to “look up”, even and especially if it is to a female leader.

After decades of increasing degrees of freedom, tides have turned and it seems for the first time in a long while to be curtailed. If we do not want others to make choices for us and future generations we have to take on responsibility and be courageous to actually show it in our jobs, among our family and friends and beyond if we have the means to do so. Freedom is so beautiful and yet so difficult to maintain.

This Christmas, I wish for freedom and courage, respect and responsibility. Too often we say we can’t do anything when we actually can. So, go for it!

Wishing you a joyful time with lots of love & laughter over the holidays!

If you would like to participate in our professional loyalty study over the holidays, please use the following link: http://surveys.centerforhealthcaremanagement.org/professionals-loyalty – the raffle for an haute couture haircut continues!

Registration invitations for our 7th Forum will be send out again in the New Year – it’s Christmas! 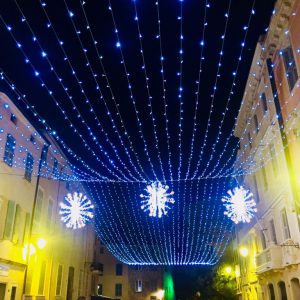